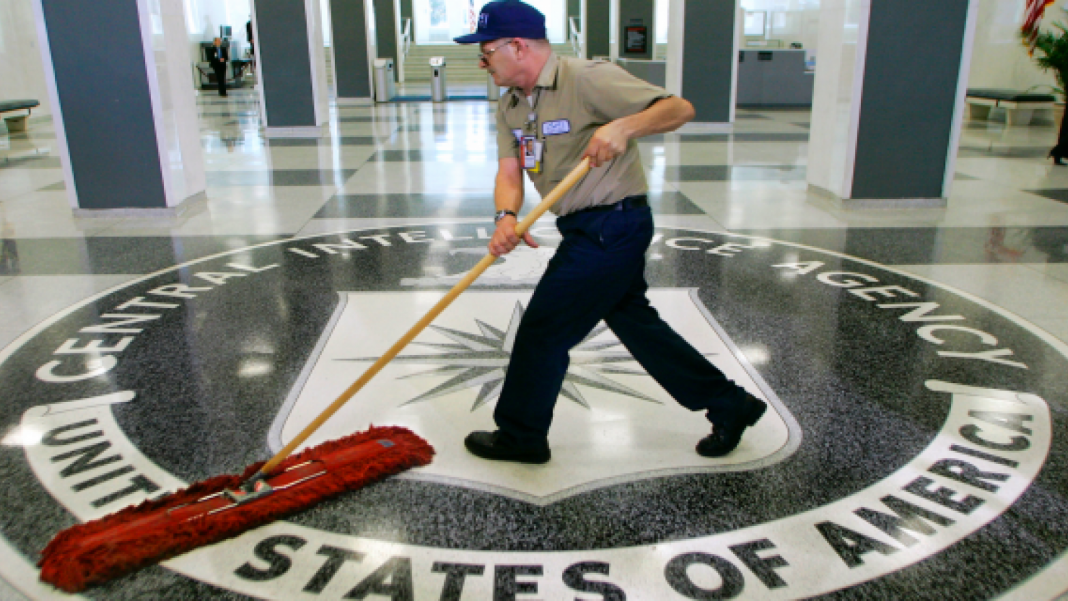 FILE – In this March 3, 2005, file photo, a workman dusts the floor at the Central Intelligence Agency headquarters in Langley, Va. The American Civil Liberties Union has filed a lawsuit challenging a pre-publication review required for people who have had access to government secrets. The CIA says the pre-publication review is necessary to protect national security and protect former employees from legal liability. Timothy Barrett, a CIA spokesman, said the agency “does not comment on pending litigation.” (AP Photo/J. Scott Applewhite, File)

WASHINGTON – Civil liberties groups have filed a lawsuit challenging a pre-publication review required for people who have had access to government secrets.

Millions of former government and intelligence agency employees are bound by a lifelong obligation to keep national security secrets as long as the government deems the information classified. Because of responsibility, they are required to submit manuscripts and drafts for government review before publication.

Vera Eidelman, an ACLU staff attorney, said the case “highlights the possibility of viewpoint based government censorship” and the politicization of the system of classification. Eidelman said proponents of the intelligence community are often fast-tracked when detractors are not.

“The system gets worse every year, and it applies to an increasing number of people each year because these are lifetime obligations,” Eidelman said.

The Central Intelligence Agency declined to comment on the lawsuit Tuesday. Timothy Barrett, a CIA spokesman, said the agency “does not comment on pending litigation.”

But in statements on the agency’s website, the CIA says the pre-publication review is necessary to protect national security and protect former employees from legal liability.

The review process “is neither censorship nor a declassification process,” John Hollister Hedley, a former chairman of the CIA’s publication review board, wrote in a 2007 essay.

Hedley said the review aims to determine “the absolute minimum of deletions, if any, that would uphold both the (Director of Central Intelligence’s) authority and the individual’s constitutional right to free speech under the First Amendment.”

The suit was filed in federal court in Maryland and against the CIA, National Security Agency, Office of the Director of National Intelligence and Defense Department.

Joe Biden Is the ‘Most Globalist Candidate Ever’