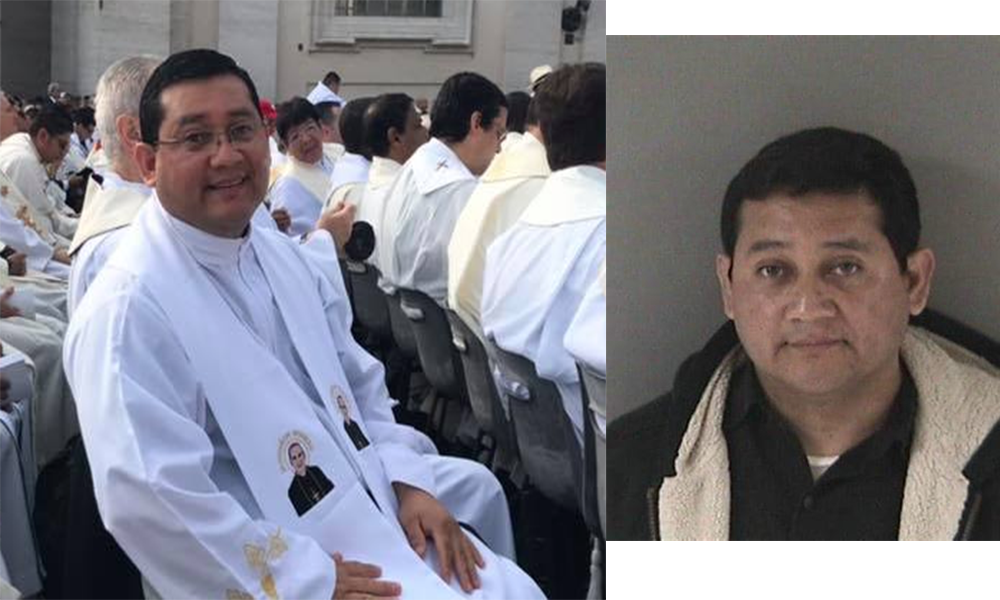 The head priest of the Corpus Christi Parish in Fremont has been arrested on suspicion of 30 counts of child sex abuse, officials said Sunday.

The Rev. Hector David Mendoza-Vela, 42, was arrested Thursday and booked into Santa Rita Jail in Dublin, where he is awaiting an arraignment in Alameda County Superior Court. His bail was set at $900,000.

The abuse happened over an 18-month period in 2016 and 2017 and involved a child who was 14 and 15 at the time, according to Sgt. Ray Kelly, a spokesman for the Alameda County Sheriff’s Office, which investigated the case.

The victim’s family “met Father Vela through his work as their Catholic priest and became friends of his like a lot of people do with leaders in the community,” Kelly said.

The abuse, described only as “lewd and lascivious acts,” happened at the victim’s Hayward home and in other locations, Kelly said. He did not provide further details on the victim or the acts.

The teen recently confided in an adult, who contacted law enforcement, Kelly said.

Mendoza-Vela was assigned to the St. John the Baptist Parish in San Lorenzo from 2013 to 2016.

He was placed on administrative leave after his arrest, according to a letter sent to parishioners from Bishop Michael Barber of the Oakland Diocese. During the investigation, Mendoza-Vela “may not present himself in public as a priest nor engage in any priestly ministry,” Barber wrote.

“While we do not have all the details, the alleged behavior is in clear violation of the Diocese’s code of conduct and the Charter for the Protection of Children and Young People,” Barber said in the letter.

Mendoza-Vela’s diocese of origin was in Zacatecoluca, El Salvador, where he worked with altar boys and choir members in youth ministry, according to a biography on the Oakland Diocese website. He moved to the United States in 2008 and is a legal resident but not a U.S. citizen, according to the diocese.

Members of the Survivors Network of those Abused by Priests passed out leaflets to parishioners Sunday asking potential witnesses and victims to come forward. They are also asking Alameda County District Attorney Nancy O’Malley to pull Mendoza-Vela’s passport and create a hotline for victims of clergy abuse in the county.

Mendoza-Vela’s arrest came after another priest in the Oakland Diocese, Alex Castillo of Costa Rica, was accused of sexual misconduct on a minor and fled the country.

Barber had maintained through February that no “credible abuse” was reported to the diocese in 31 years.

“The bishop of Oakland keeps saying no occurrences happened after 1988, and that’s not true,” said Joey Piscitelli, a Northern California leader of SNAP. “We’re hoping Bishop Barber is more sincere and transparent and releases information on what’s actually going on, and we’re hoping other victims will come forward.”