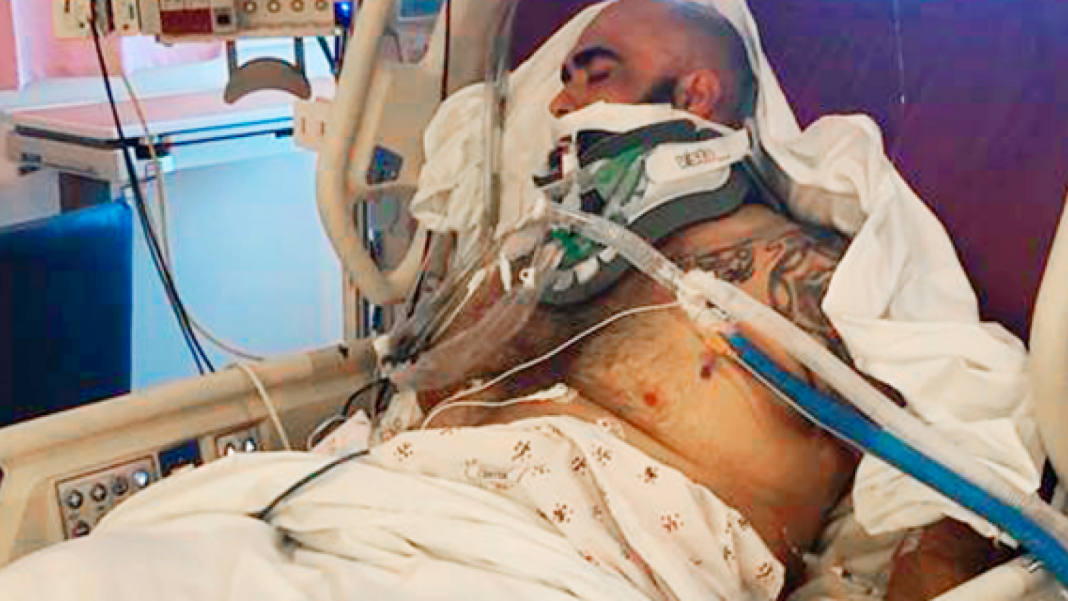 This undated photo provided by the Reyna family shows Rafael Reyna in his hospital bed at Los Angeles County-USC Medical Center in Los Angeles, after his beating outside Dodger Stadium. Bryan Stow, a San Francisco Giants fan who was left disabled in an attack outside Dodger Stadium that drew national attention eight years ago, said he’s dismayed that Los Angeles police are again investigating an assault at the baseball stadium that left a man seriously injured. Authorities searched Monday, April 1, 2019, for a man who punched Rafael Reyna during an argument following Friday night’s game. Christel Reyna says her husband Rafael sustained a skull fracture and is on life support.(Courtesy Reyna Family via AP)

LOS ANGELES – Lawyers for a baseball fan on life support following a weekend assault outside Dodger Stadium say the team hasn’t done enough to improve security since a similar attack eight years ago.

Los Angeles police are searching for a man who punched Rafael Reyna during an argument following Friday night’s game between the Dodgers and the Arizona Diamondbacks.

Christel Reyna says her husband sustained a skull fracture in a fall after being struck.

Attorneys Carl Douglas and David Lira said Tuesday the attack on Reyna occurred in a parking lot not far from where Giants fan Bryan Stow was assaulted in 2011. Lira, who secured an $18 million judgment against the Dodgers for Stow, called the two incidents “eerily similar.”