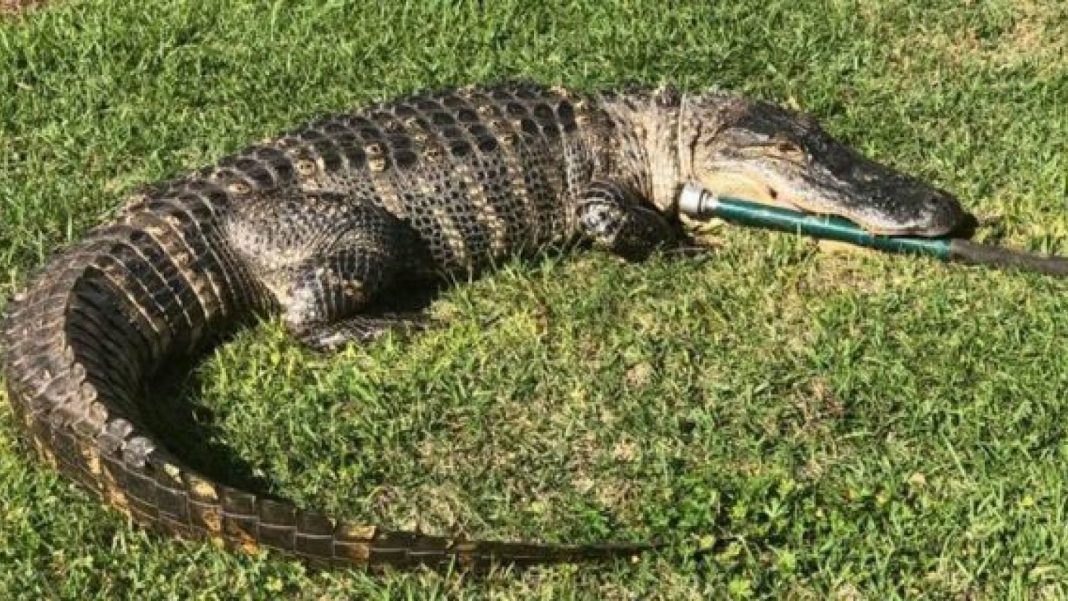 An 8-foot-long alligator was discovered strolling in a Florida neighborhood over the weekend, police said.
(City of Tallahassee Police Department)

An 8-foot-long alligator was discovered strolling around a Florida neighborhood over the weekend, police said.

The large reptile gave people living in the area “quite the show” when it turned up on Saturday, the City of Tallahassee Police Department said on Facebook.

750-POUND ALLIGATOR IN FLORIDA REMOVED FROM PARK BY POLICE

The department called the Florida Fish and Wildlife Conservation Commission (FWC), which sent out a trapper to catch the animal, police said.

The gator also apparently drew a group of onlookers, as a bunch of kids were seen in a photo smiling beside a pair of officers.

“The kids enjoyed watching from a safe distance,” police said. The animal has reportedly been “relocated.”