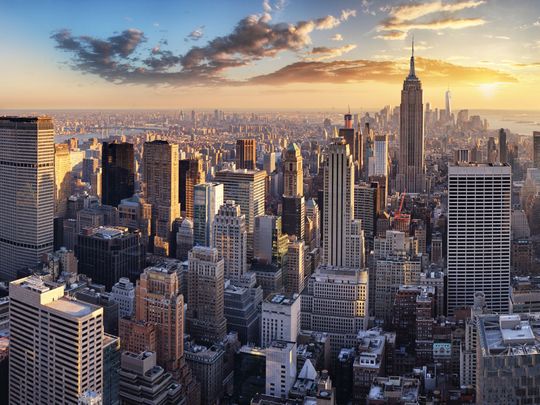 The barrier for entry into the housing market today has risen so much that even wealthy people are holding off on buying homes. A 2018 study from the Joint Center for Housing Studies of Harvard University found that high-earners were increasingly renting.
Buzz60

Another billionaire has moved the needle on New York City’s real estate market.

The average home sales price in Manhattan was $100,000 higher than it would have been in the first quarter, thanks to a $238 million condo purchased by hedge fund billionaire Ken Griffin.

During the first three months of the year, the average price was $2,118,780 – 7.9% higher than the previous quarter and 9.6% more than a year ago, according to a report from real estate brokerage Douglas Elliman and appraisal firm Miller Samuel Inc.

The figures include Griffin’s purchase of the condo at the newly developed 220 Central Park South that went into contract in 2015.

Hot sellers: These 5 vehicles were the winter’s hottest sellers

“Think of [the sale] as a circus sideshow,” said Jonathan Miller, president and CEO of Miller Samuel. “It tells us nothing about today’s market, since the peak of the luxury new development condo market was in 2014 and 2015.”

In fact, the number of sales in Manhattan in the first quarter dropped year-over-year for the sixth straight quarter, marking the second-longest streak of declines in 30 years, according to the report.

The longest stretch – seven quarters in a row – occurred from the first quarter of 2008 through the third quarter of 2009 during the height of the financial crisis.

The first quarter recorded 2,121 sales, more than 16 percent below the quarterly average over the past 20 years, the report found. Inventory increased 8.9 percent over the previous year, with the largest gains coming from studios and one-bedrooms.

Thank you! You’re almost signed up for Managing Your Money

Keep an eye out for an email to confirm your newsletter registration.

The median Manhattan home price was $1,075,000, down less than a half-percent from last year, but up from $999,000 in the fourth quarter, according to the report. The median price was unaffected by Griffin’s condo purchase.

Millennials are reportedly set to become the largest living generation, according to population projections from the U.S. Census Bureau.
Buzz60