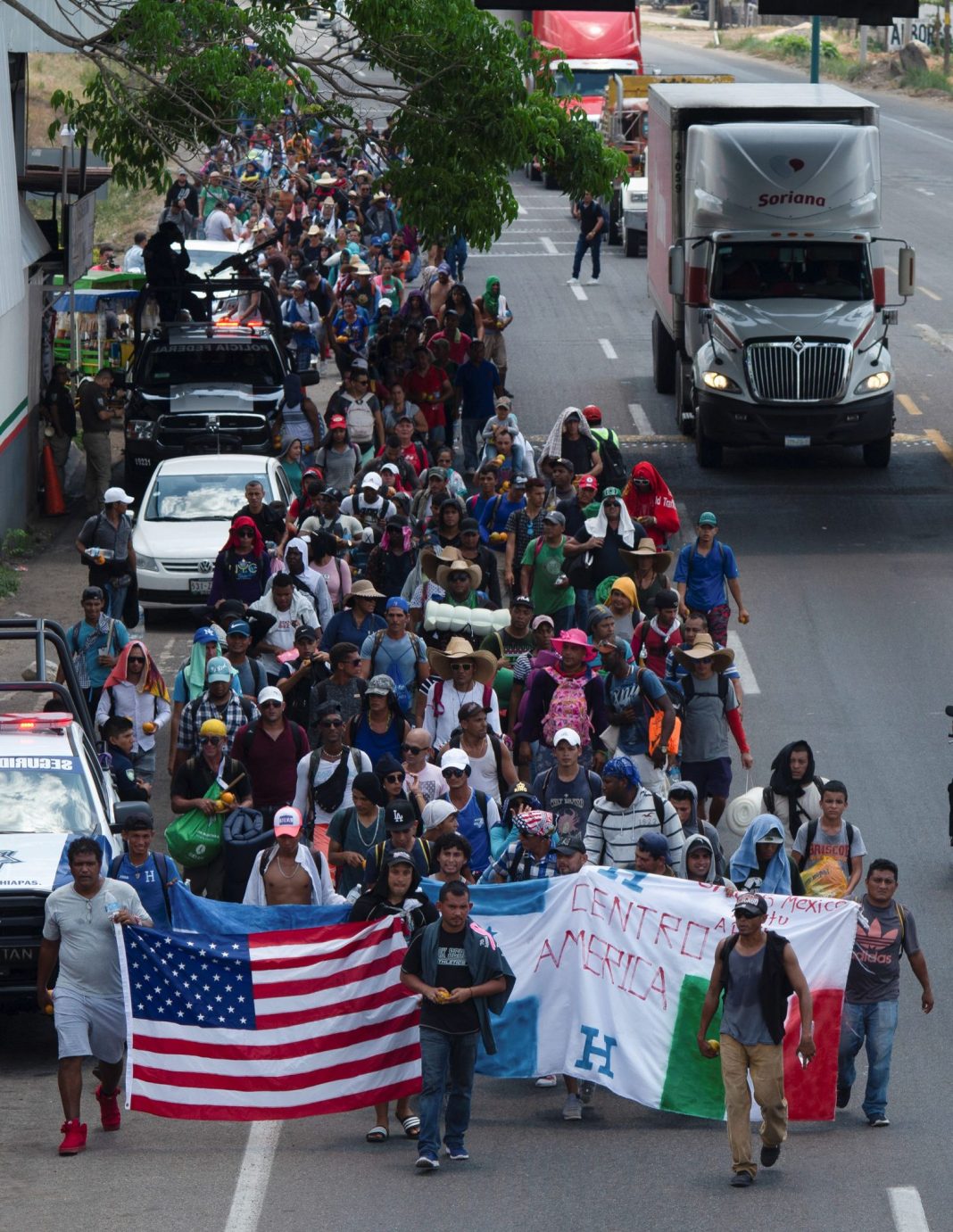 For most people, the pain of mass illegal immigration has been abstract.

That’s about to change.

Anyone crossing the U.S.-Mexico border could end up stuck in longer lines as officers are pulled from the land ports of entry and deployed to help the Border Patrol transport, feed and see to the medical needs of the tens of thousands of people streaming illegally into the U.S. each week.

Mexican officials warn of another caravan of 20,000 migrants preparing to shoot north, hoping to take advantage of the lax enforcement in both Mexico and lenient policies in the U.S. About 100,000 immigrants responding to those incentives have been nabbed at the border in March alone.

By now, the nature of the border problem is clear: Families and children, assisted by drug smuggling cartels, have figured out how to exploit loopholes in federal law to gain a foothold in the U.S. They are coming in larger numbers and poorer health, and Homeland Security says it has reached the breaking point.

Secretary Kirstjen Nielsen thought she had scored a victory last week by signing a deal to strengthen efforts with Honduras, El Salvador and Guatemala to keep their people at home. She returned from a trip to the region to tout the agreement, saying all sides shared responsibility.

But the State Department, bowing to President Trump’s anger over the border situation, said this weekend that it would withhold commitments the U.S. made over the past two years to those countries.

“If we are going to give these countries hundreds of millions of dollars, we would like them to do more,” acting White House Chief of Staff Mick Mulvaney told CNN’s “State of the Union” show Sunday. “We could prevent a lot of what’s happening on the southern border by preventing people from moving into Mexico in the first place.”

Mr. Trump’s anger has also extended to Mexico. He said last week that authorities could stop the Central Americans but lacked the willpower to do so.

The president said he would shut down the border unless something changes.

“They have to grab it, and they have to stop it,” the president said. “We right now have two big caravans coming up from Guatemala, massive caravans, walking right through Mexico. Mexico is tough. They can stop them. But they chose not to. If they don’t stop them, we’re closing the border.”

Mr. Lopez Obrador, eager to create a break with his predecessor, began a humanitarian policy that welcomed Central Americans and provided them with humanitarian assistance and visas, which gave them tacit permission to traverse the country.

That, American officials say, created the spike that is playing out on the U.S. border, where the number of unauthorized migrants arrested rose from about 60,000 a month late last year to 76,000 in February and, officials project, more than 100,000 in March.

One American official described a meeting last year where Mexican officials touted the more accommodating approach on their southern border as a change for good. They said the migrants were being treated with more respect and care.

“To American eyes, it was breathtaking that would be presented as progress,” the U.S. official said, adding that Mexico appears to have realized that its change was making the situation worse.

“The good news is the Mexican government seems to really be starting to step up,” the U.S. official said Friday.

Indeed, the Mexican government chafed at Mr. Trump’s threat to close the border but did not lash out in the way it would have just months ago.

It was not clear what Mr. Trump meant by “closing” the border. He has made the threat repeatedly during his presidency.

But Homeland Security officials said the border already is closing to some extent because of moves last week to pull officers off the legal crossings and deploy them to other areas along the border.

A couple of hundred officers were redeployed as of Friday, and it was leading to longer lines at Texas border crossings. El Paso’s passenger vehicle lines stretched to more than three hours at one point Friday morning.

“That’s the place that we’re in right now. That’s how severe our shortfalls are,” the official said.

The redeployed staff will be put to work transporting, processing and watching the migrants who need medical care. Border Patrol agents already are spending as much as 40 percent of their duty time performing those tasks. Allowing other staffers to do take care of those duties would free the agents to get back into the field, said Customs and Border Protection Commissioner Kevin McAleenan.

The president’s critics, though, say the administration is mishandling the situation.

“The administration has no credibility to demand Congress act when it has acted in bad faith on this issue since Day One,” said Rep. Bennie G. Thompson, Mississippi Democrat and chairman of the House Homeland Security Committee. “Democrats will not allow President Trump or his administration to continue to further his anti-immigrant, xenophobic agenda.”

Other House Democrats traveled to El Salvador this weekend to get an up-close look at illegal immigration and said they were disappointed that Mr. Trump was pulling funding.

“The president’s approach is entirely counterproductive,” they said in a joint statement. “It will only result in more children and families being forced to make the dangerous journey north to the U.S.-Mexico border.”