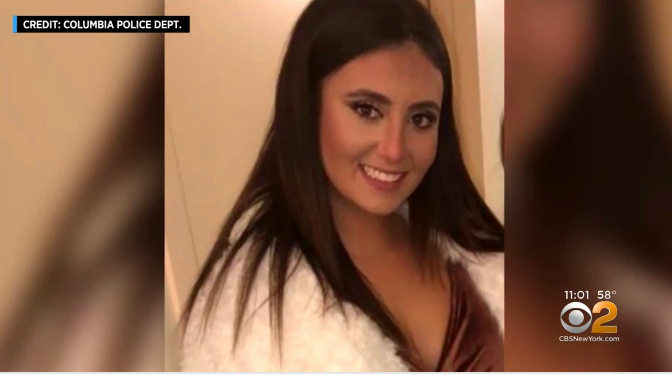 There are no words to describe the pain of losing a child, the mother of a slain University of South Carolina student told a judge on Sunday. But she found two words: “Samantha Josephson.”

“He’s taken away a piece of our heart, soul and life. Shame on him,” Marci Josephson said of Nathaniel Rowland, the man charged with kidnapping her daughter from the Five Points area of Columbia and killing her. “We thought he would be here, to see his evil face. I cannot fathom how someone could randomly select a person, a beautiful girl, and steal her life away.”

Rowland, 24, is charged with murder and kidnapping in the death of Samantha Josephson, 21, Columbia police have said. Investigators say Rowland killed Josephson after she got into his car, which she believed to be an Uber, outside a Five Points bar early Friday morning. Rowland is not a driver for Uber or Lyft, police said.

“It sickens us to think that his face was the last thing that my baby girl saw on this earth,” Josephson’s mother said in court. “Does he even know her name?”

The accused killer waived his right to be in court Sunday, but speaking to a judge in front of a smattering of reporters, Josephson’s mother described her as “bubbly, loving, kind and full of life,” and told the court of her plans to attend law school after graduating from USC in May.

“Unlike him, Samantha had love within her heart and purpose in her life, the life he brutally ended,” she said.

Officials have not yet said how Josephson died, but warrants provided Sunday by the State Law Enforcement Division indicate she had “numerous wounds evident on multiple parts of her body to include her head, neck, face, upper body, leg and foot.”

Her body was also found in an area that was familiar to Rowland and where he had recently lived, officials have said. The warrants list Rowland’s address as being on Renegade Trail on New Zion, which is less than a mile from Black Bottom Road, where Josephson’s body was found.

Investigators believe Josephson, who had summoned an Uber, mistakenly got into Rowland’s car outside The Bird Dog in Five Points, believing it was her Uber, Columbia police Chief Skip Holbrook said at a news conference Saturday evening.

Around 3 a.m. Saturday, a Columbia officer saw a car matching the description of the black Chevrolet Impala that Josephson was seen getting into, Holbrook said. The car was two blocks away from Five Points at the time.

When the officer initiated a traffic stop, the Impala pulled over and Rowland ran away, Holbrook said. The officer was able to apprehend him.

Inside the car, SLED investigators found “a large amount of blood,” which they determined was Josephson’s. They also found Josephson’s cellphone, along with bleach, germicidal wipes and window cleaner, the warrants state.

Murder carries up to life in prison or the possibility of the death penalty, under South Carolina law. Kidnapping carries up to 30 years in prison. Because of the severity of the charges, Rowland will have to go before a circuit court judge at a later date to set bond on the murder and kidnapping charges. Sunday’s hearing was held to inform him of that process.