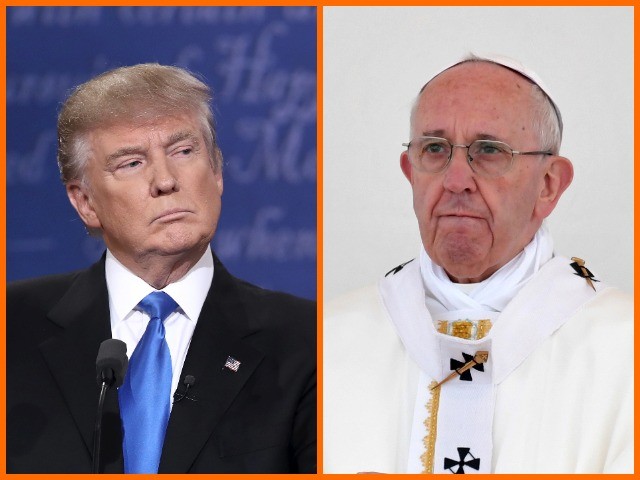 Pope Francis used strong language to condemn populism Sunday, suggesting that it gains followers through fear as Hitler did in the 1930s.

“I see that many people of good will, not only Catholics, are a bit gripped by fear, which is the usual message of populism,” the pope told reporters aboard the papal plane returning from Morocco to Rome.

“They sow fear and then make decisions. Fear is the beginning of dictatorships,” he said. “Let’s go back to the last century, to the fall of the Weimar Republic. I repeat this a lot. Germany needed a way out and, with promises and fears, Hitler came forward.”

“We know the result. Let’s learn from history, this is not new: To sow fear is to make a harvest of cruelty, closures, and even sterility,” he said.

Francis also took issue with President Trump’s border wall and other border fencing going up in the Spanish enclaves of Ceuta and Melilla. Asked specifically about these two walls, the pope warned that “builders of walls, whether they are of razor-wire or brick, will become prisoners of the walls they build. That’s history.”

We have seen that “we need bridges and we feel pain when we see people who prefer to build walls,” he said.

“Those who build bridges, on the other hand, will go far. Building bridges for me is something almost superhuman, it takes a very great effort,” he said.

“Walls, however, are against communication, they are for isolation and those who build them will become prisoners,” he said.

The pope said that a Spanish reporter had interviewed him and showed him a piece of the razor wire.

“This isn’t the way to solve the grave problem of immigration. I understand, a government with this problem has a ‘hot potato’ that needs to be resolved in another way,” he said.

“I once spoke to a politician, a man that I respect and I will say the name: Alexis Tsipras,” he said. “And speaking of this and the accords not to let [migrants] in, he explained the difficulties to me, but in the end, he spoke to me from the heart and said this phrase: ‘human rights take precedence over agreements.’”