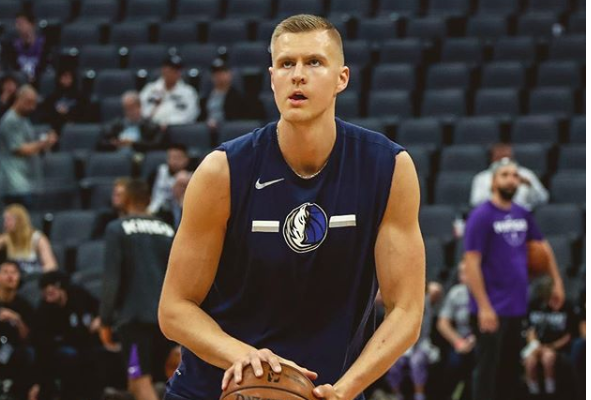 Attorney Roland G. Riopelle said the woman who made the rape claim had been demanding money from Porzingis, 23, for a year following what the lawyer said was a night of consensual sex with his client. Eventually, Riopelle and Porzingis contacted federal authorities when the woman’s demands became “concerning,” Riopelle said in a statement.

“We made a formal referral to federal law enforcement on December 20th, 2018, based on the accusers’ extortionate demands,” Riopelle said.

The statement also said that Riopelle and Porzingis contacted the National Basketball Association “months ago” and that it is aware of the investigation by federal law enforcement officials.

“It’s our position that any sex was consensual and any fair investigation of the facts will show that,” Riopelle said.

Police said in an email statement Saturday night: “The NYPD takes sexual assault and rape cases extremely seriously, and urges anyone who has been a victim to file a report so we can perform a comprehensive investigation, and offer support and services to survivors.”

A Knicks team representative said, “This is Kristaps’ personal matter and not related to the Knicks.”

Porzingis’ current team, the Dallas Mavericks, declined to comment through a team spokeswoman. The NBA did not respond to requests for comment.

Porzingis, who was the No. 4 overall pick in the 2015 NBA Draft by the Knicks, emerged as the franchise’s star and centerpiece almost immediately. He was named to the first team All-Rookie squad and earned a spot on the All-Star team last season for the first time. But he suffered a torn ACL on Feb. 6, 2018.

He never played for the Knicks again, undergoing surgery and spending this season rehabilitating, until he was traded to the Mavericks on Jan. 31.