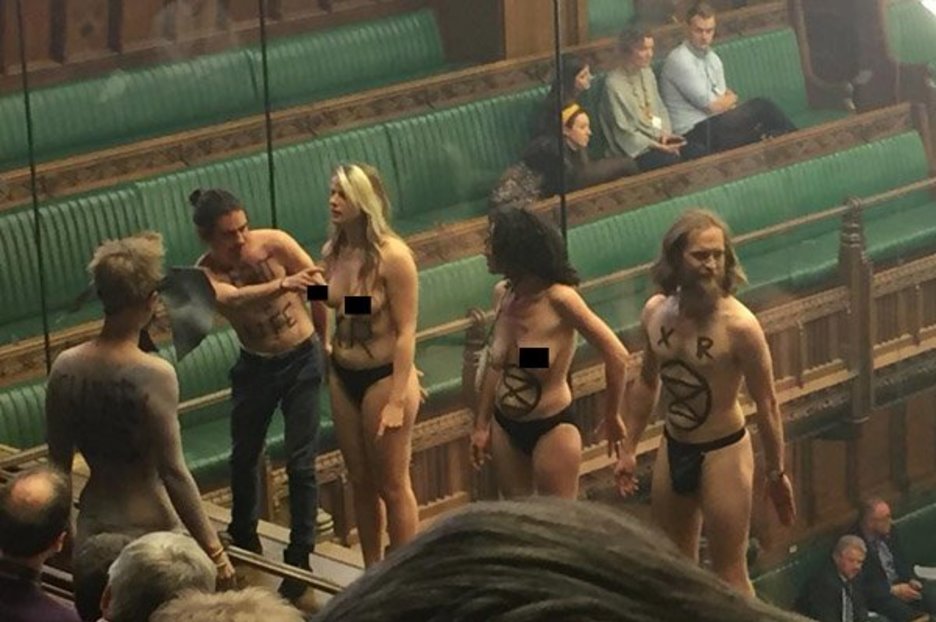 Environmental group Extinction Rebellion were pictured high above MPs as they prepared for the debate.

Witnesses say they were “pressing their buttocks against the security glass”.

One activist said: “By undressing in parliament, we are putting ourselves in an incredibly vulnerable position, highlighting the vulnerability that all of us share in the face of environmental and societal breakdown.

“There is an elephant in the room and it is demanding attention.”

It came ahead of MPs having their say on a series of indicative votes.

Iggy Fox, 24, a wildlife biologist said: “I’m tired of the time and resources our government wastes rearranging the deckchairs on the Brexitanic.

“I want a future, and right now they are burning it like there’s no tomorrow.”

The group later said some members had been arrested.

It wrote on Twitter: “Extinction Rebellion activists arrested in attempt to get politicians to act on the Climate and Ecological Crisis.

“We are walking dangerously close to irreversible climate collapse – this is what it has come to.”

According to reports, some had glued their hands to the glass.