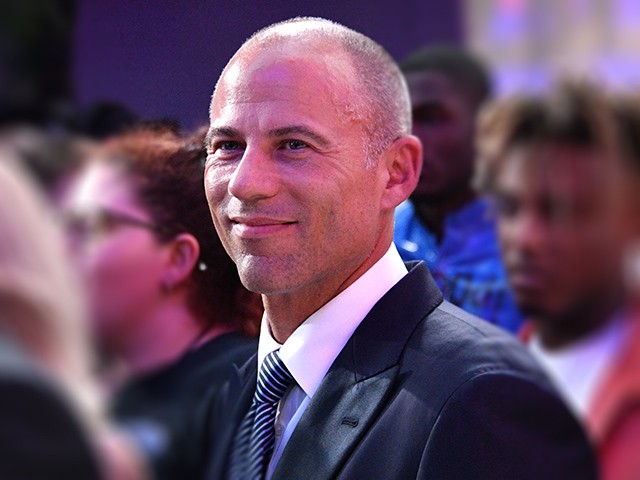 The allegation emerged as part of a federal court hearing for the case of Avenatti’s former legal partner Jason Frank, who won a court judgment ordering Avenatti to fork over Frank $10 million in unpaid profits from their now-defunct law firm Eagan Avenatti. Frank had initially settled with Avenatti for $4.85 million in December 2017, but a judge hiked the judgment to $10 million after Avenatti failed to make the first payment, prompting the firm to seek bankruptcy proceedings.

But according to bank records presented by Frank’s attorney Andrew Stolper, Johnson was only paid around $2,900 per month after the settlement. The records, presented by Stolper in court, show the $4 million was put in a trust account rather than being sent directly to Johnson. Avenatti described the allegations as ‘absolutely outrageous’ and said the payments were an advance on a different settlement payment.

The hearing at the U.S. District Court for the Central District of California comes after Avenatti, best known for representing pornographic actress Stormy Daniels in lawsuits against President Donald Trump, was arrested in New York last Monday on charges that included attempting to extort Nike for as much as $25 million with threats of negative publicity.

Avenatti was also charged with bank fraud and embezzling his clients’ money to pay his own towering expenses in separate cases in New York and California. He was taken into police custody shortly before tweeting plans to hold a revealing press conference Tuesday to “disclose a major high school/college basketball scandal perpetrated by @Nike that we have uncovered.”

U.S. Attorney for the Southern District of New York Geoffrey Berman said of the case: “When lawyers use their law licenses as weapons, as a guise to extort payments for themselves, they are no longer acting as attorneys. They are acting as criminals.”

After his arrest, Avenatti posted a $300,000 bond and was released from a New York court, where he did not enter a plea.

“As all of you know, for the entirety of my career I have fought against the powerful. Powerful people and powerful corporations. I will never stop fighting that good fight,” the embattled lawyer said outside the courthouse. “I am highly confident that when all the evidence is laid bare in connection with these cases, when it is all known, when due process occurs, that I will be fully exonerated and justice will be done.”

Several reports state celebrity attorney and now-fired CNN legal analyst Mark Geragos is an unnamed co-conspirator in Avenatti’s Nike scheme, but he has not been indicted.