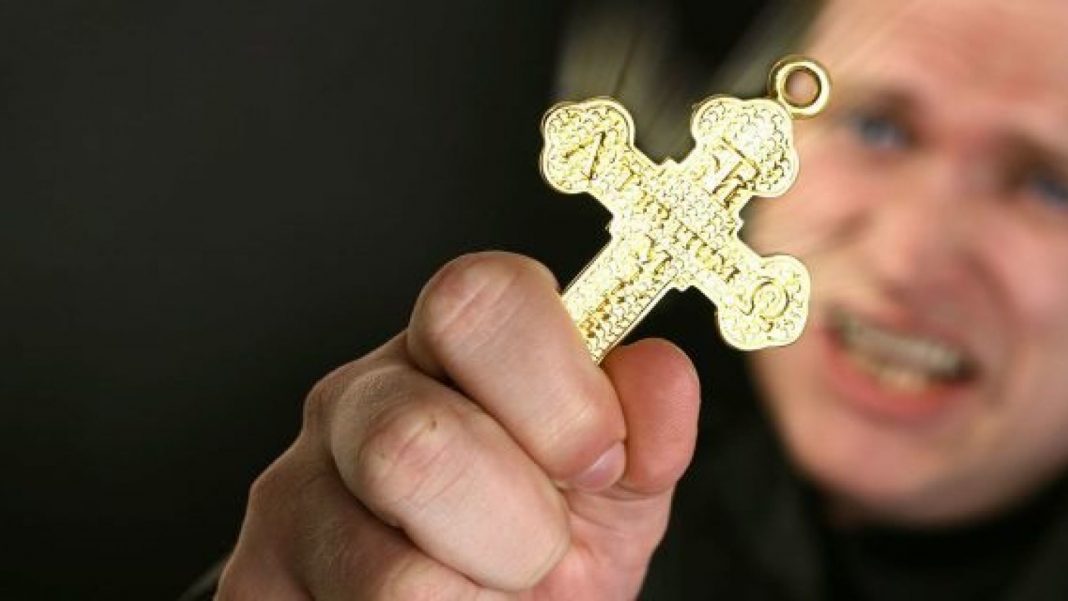 A Kentucky man claims his employer asked him to get an exorcism.
(iStock)

A Kentucky man who worked for a popular hotel chain says his employer punished him for not undergoing an exorcism and for refusing to answer questions about his religious beliefs and sexual tendencies, according to a lawsuit filed in March.

Jason Fields, of Leslie County, said in the suit that Sharon Lindon, the manager of a Hampton Inn & Suites in Hazard, harassed him in June 2016 after she learned he was getting a divorce, allegedly telling him his marriage had failed because he “had demons,” according to WDRB-TV.

KENTUCKY GOVERNOR SAYS HE INTENTIONALLY EXPOSED HIS 9 KIDS TO CHICKENPOX

Fields says Lindon told him if he was going to work at the hotel chain he would have to be “cleansed” in an act similar to an exorcism, according to the station. Fields was also allegedly told to fill out a form about his sexual habits and was asked whether he had “made a pact with the devil.”

The same questionnaire asked whether Fields belonged to a cult, listing Mormonism, Buddhism and Islam as examples, according to the suit.

Fields also alleges Lindon, who belongs to Common Bond Christian Fellowship Ministries in Hazard, brought parishioners into the hotel to pray for him while he was working, WDRB-TV reported.

When he refused to do what Lindon asked, Fields says Lindon shifted his duties, denied his time off and threatened to fire him.

The Hampton Inn said in a statement the organization opposes discrimination and will investigate the matter.