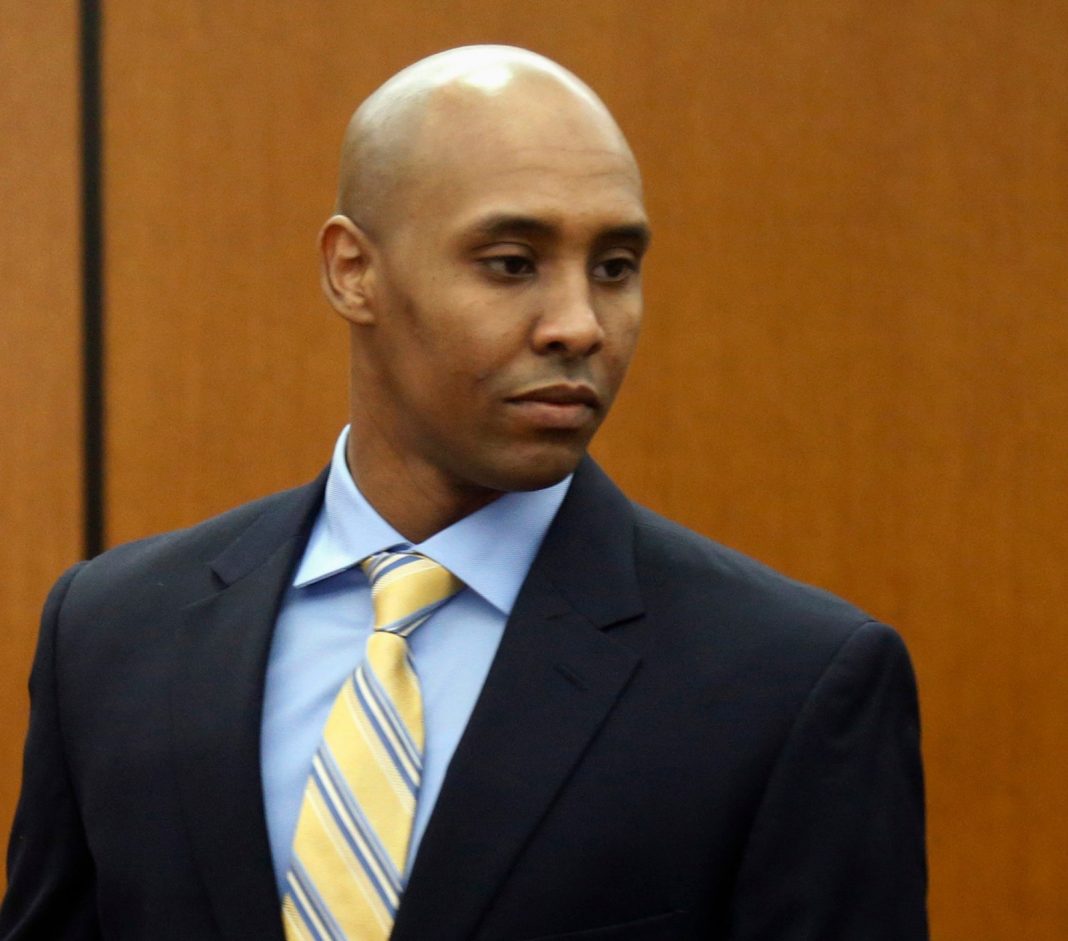 MINNEAPOLIS — Jury selection began Monday in the trial of a former Minneapolis police officer who fatally shot an unarmed Australian woman after she called 911 to report a possible sexual assault behind her home.

Mohamed Noor, 33, is charged in the July 2017 death of Justine Ruszczyk Damond in a case that drew international attention, cost the police chief her job and forced major revisions to the Police Department’s policy on body cameras.

They must prove he acted unreasonably when he shot Damond , a 40-year-old life coach with both U.S. and Australian citizenship who was engaged to be married. Noor’s attorneys plan to argue that he used reasonable force and acted in self-defense.

Noor has refused to talk to investigators and his attorneys haven’t said whether he will testify at his trial, which could last weeks. He did not respond to reporters’ questions Monday as he and his attorneys arrived at the Hennepin County courthouse for the start of jury selection.

Potential jurors were expected to fill out forms in a half-day session.

Noor’s partner that night, Officer Matthew Harrity, told investigators he was driving a police SUV when he heard a voice and a thump and caught a glimpse of someone outside his window. Harrity said he was startled and thought his life was in danger. He said he then heard a noise and turned to see that Noor, in the passenger seat, had fired his gun past Harrity and hit Damond through the driver’s side window.

The officers did not turn on their body cameras until after the shooting, and there was no squad car video.

The lack of video was widely criticized, and Damond’s family called for changes, including when officers are required to turn on their cameras. Days later, the Police Department strengthened its policy to require that the cameras be activated immediately when responding to a call or making a traffic stop.

The shooting also raised questions about the training of Noor, a Somali American whose arrival on the force about two years earlier had been celebrated by city leaders and Minnesota’s large Somali community. Noor had previously worked in property management.

Then-Chief Janee Harteau defended Noor’s training and said he was suited to be on the street. But Harteau was forced to resign by then-Mayor Betsy Hodges, who also lost her bid for re-election four months later in an election influenced by police-community relations.

Documents later filed as part of the criminal case showed that training officers voiced concerns about Noor’s fitness for duty long before he shot Damond, but he was deemed fit to serve.

She also said Noor’s pre-employment psychological exam, which found that Noor was more likely than other officers to be impatient or have difficulty confronting people, cannot be used unless he testifies and it becomes relevant. She also ruled his refusal to speak to investigators can’t be used as evidence unless Noor takes the stand.