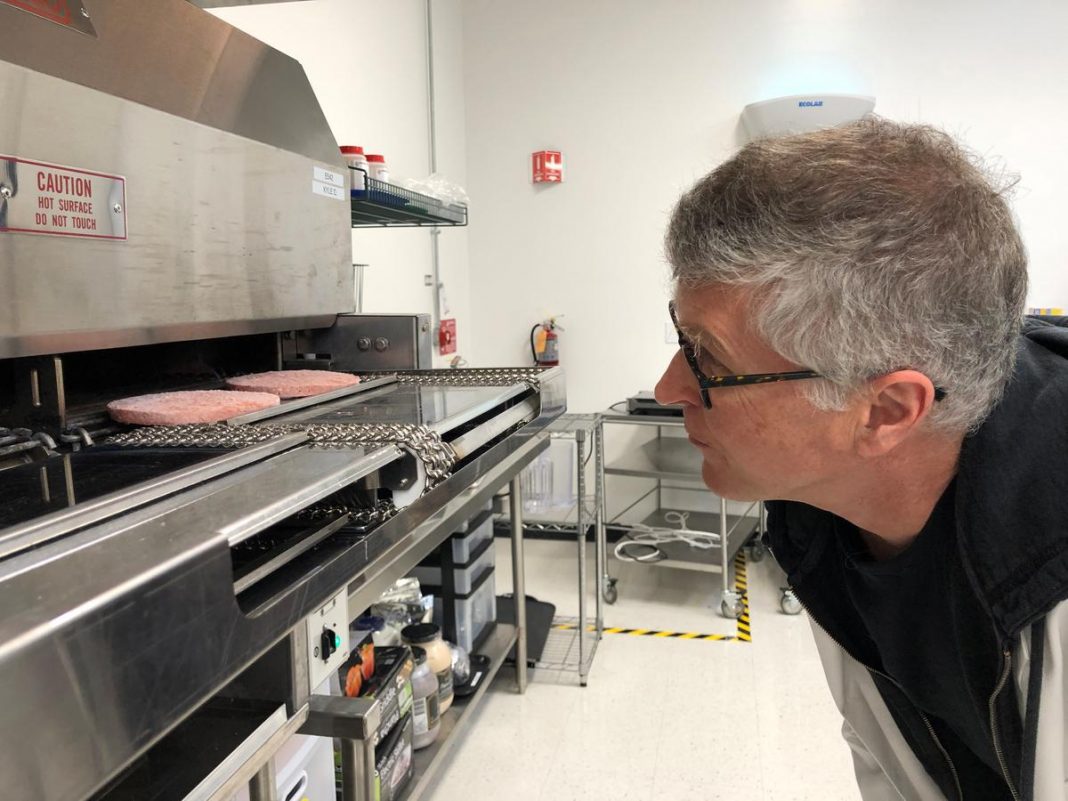 (Reuters) – Vegetarian burgers may finally be getting the recognition they need to go mainstream. On Monday Burger King and Silicon Valley startup Impossible Foods announced the rollout of the Impossible Whopper in 59 stores in and around St. Louis, Missouri.

To mark the launch on April Fool’s day, the burger giant released a hidden-camera-style promo video showing the serving of plant-based Whoppers instead of meat to customers who marvel that they cannot tell the difference.

“We wanted to make sure we had something that lived up to the expectations of the Whopper,” said Burger King’s North America president, Christopher Finazzo. “We’ve done sort of a blind taste test with our franchisees, with people in the office, with my partners on the executive team, and virtually nobody can tell the difference.”

The Impossible Whopper comes at an extra cost – about a dollar more than the beef patty Whopper. But Finazzo said research shows consumers are willing to pay more for the plant-based burger.

Plant-based meat substitutes have been gaining popularity as more attention is focused on the environmental hazards of industrial ranching. Finazzo said his research shows customers mainly like it for the health benefits. The Impossible Burger patty has zero cholesterol.

Impossible Foods, based in Redwood City, California, launched its first faux meat patty over two years ago. A genetically modified yeast creates the key ingredient, called heme, which makes the patties appear to bleed and taste like real meat.

Burger King is not the first to serve up a no-meat burger. Los Angeles-based Beyond Meat in early January announced it was rolling out its plant-based burger at fast-food chain Carl’s Jr. Beyond Meat counts actor Leonardo DiCaprio and Microsoft founder Bill Gates as investors. It filed for an initial public offering in November.

Finazzo said Burger King also researched Beyond Meat, but decided that Impossible Food’s, which also counts Gates as an investor, offering was a better fit. “Around the taste, around the brand recognition, around the price, all those things were important factors in choosing Impossible,” he said.

“We’re now in well over 6,000 restaurants. If the Burger King launch is as successful as I expect it to be, and we go nationwide, that will add more than 7,000 restaurants that serve the Impossible Burger,” Brown said.

Nestle S.A. is planning to debut its “Incredible Burger” soon in Europe. Unilever Plc late last year announced its acquisition of The Vegetarian Butcher to build out its plant-based portfolio.