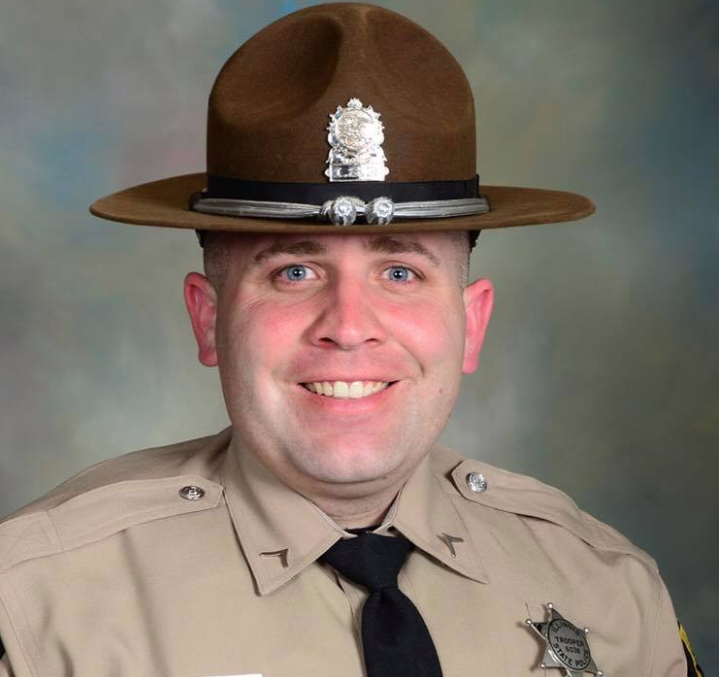 An Illinois State Trooper selflessly sacrificed his life over the weekend- by using his vehicle as a shield to protect a family from a wrong-way driver.

ISP Trooper Gerald Ellis used his patrol car as a projectile in an effort to save an entire family from a vehicle barreling down the wrong lane of I-94.

“Trooper Gerald Ellis you are my HERO. This officer paid the ultimate sacrifice early this morning and saved my daughter’s life,” Carrie Kay said in a Facebook post. “She was traveling home from Washington D.C. with a family she babysits for. From what we were told Trooper Ellis was directly ahead of them two lanes over and moved his squad car into their lane to block a wrong way driver on Interstate I-94 in Illinois from hitting the car she was in.”

Ellis initially survived the collision, but later succumbed to his injuries while in the hospital, where he would eventually be pronounced dead.

According to the Lake and McHenry County Scanner, Ellis has served in the US military for several years before becoming a trooper, a position he held for 11 years.

At the time of his death, Ellis was 36 years of age. He leaves behind a wife, two children, his parents, and his brother.

ISP Acting Director Brendan Kelly expressed his sorrow over the death of Ellis.

“Trooper Ellis laid down his life while protecting the citizens of this state,” he said in a statement. “We are asking the public to respectfully give consideration to the family of Trooper Ellis and the ISP while we continue to process and work through this tragedy.”