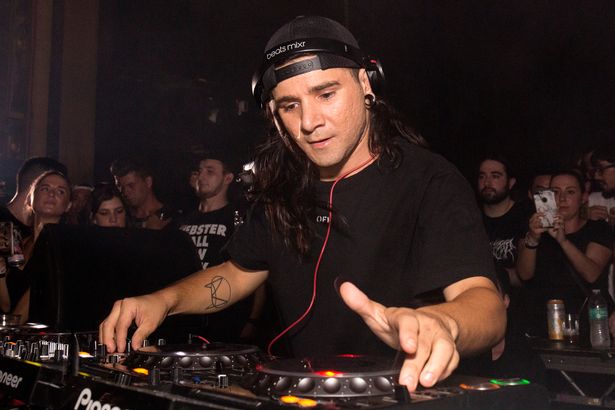 It’s a holiday essential for most people, but mosquito repellent spray could soon be replaced by music, according to a new study.

Researchers have discovered that dubstep music is an effective way to protect against mosquitos.

In their study, published in the scientific journal Arcta Tropica, the international team of researchers wrote: “Sound and its reception are crucial for reproduction, survival, and population maintenance of many animals.

“In insects, low-frequency vibrations facilitate sexual interactions, whereas noise disrupts the perception of signals from conspecifics [members of the same species] and hosts.”

The aedes aegypti mosquito, commonly found in tropical regions of the world and known for the white markings on its legs, is known to spread dangerous and sometimes life-threatening diseases such as the Zika virus, dengue fever, and yellow fever.

The dubstep track Scary Monsters And Nice Sprites by Skrillex, which has a mix of very high and very low frequencies, was chosen to see whether electronic music could be an effective repellent.

According to the results, female adult mosquitoes “entertained” by the track attacked hosts later and less often than those in a dubstep-free environment, and “the occurrence of blood feeding activity was lower when music was being played”.

What’s more, the adults exposed to the music “copulated far less often” than those in an area with no music.

“The observation that such music can delay host attack, reduce blood feeding, and disrupt mating provides new avenues for the development of music-based personal protective and control measures against Aedes-borne diseases.”

The study has received some interest on social media since.

The video will start in 8Cancel

“Imagine putting on some skrillex and all the mozzies are like ‘ah f*** cant root now pack up lads’,” joked another.

Responding to a post of the study on Reddit, where it was shared under its title “the electronic song ‘Scary Monsters And Nice Sprites’ reduces host attack and mating success in the dengue vector Aedes aegypti”, one Reddit user replied simply: “Ya me too”.

Scary Monsters And Nice Sprites peaked at number 77 in the UK official streaming chart on its release in 2010 and has sold more than 2,000,000 units in the US, where it won best dance recording at the 54th Grammy Awards.

Skrillex, real name Sonny John Moore, did not respond to requests for comment.