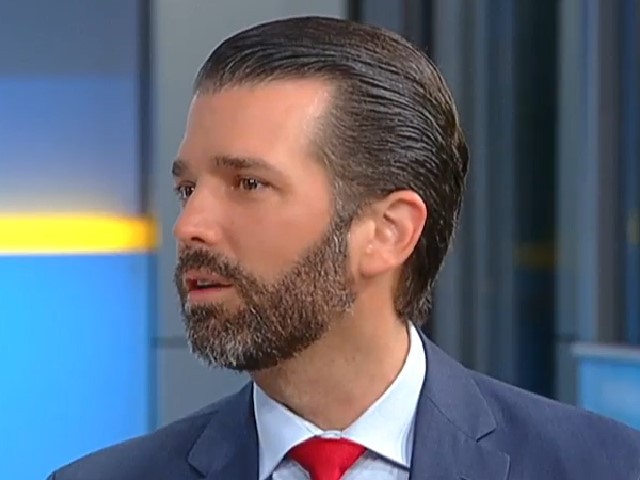 On Sunday’s broadcast of Fox News Channel’s “MediaBuzz,” President Donald Trump’s son, Donald Trump, Jr., took aim at media for how they treated the Russia collusion allegations. He said outlets made pushing the narrative that the president’s campaign colluded with Russia in the 2016 presidential election a “business model.”

The younger Trump acknowledged some outlets tried to be fair and unbiased but said the rest “lied to the American public for two years.”

“I think there were a couple of people that did good reporting, and I don’t mean you know conservative reporters. I mean, actually, people on the other side that were at least unbiased or tried to look at it objectively,” Trump told Howard Kurtz in a sit-down interview that aired Sunday.

He continued, “They lost their following, they get ratioed to heck, you know, it became a business model for most media to attack Donald Trump and to buy into this narrative. And if you didn’t, you upset a lot of people and risked your career. You risked other things. And so, the people who just bought into this hook, line and sinker, who were selling it every day … they lied to the American public for two years, Howard.”

“They did a major disservice to this country, to journalism as a profession. I think they’ve done irreparable damage to the faith that the average American is going to have in terms of mainstream journalism. I think it’s a blight on our republic on democracy and on our Constitution that’s not going to come undone very quickly,” Trump added.

Texas National Guard Will Be On ‘Standby’ After Polls Close On Election Night, Gov. Abbott Says – CBS Dallas / Fort Worth

Texas National Guard Will Be On ‘Standby’ After Polls Close On...