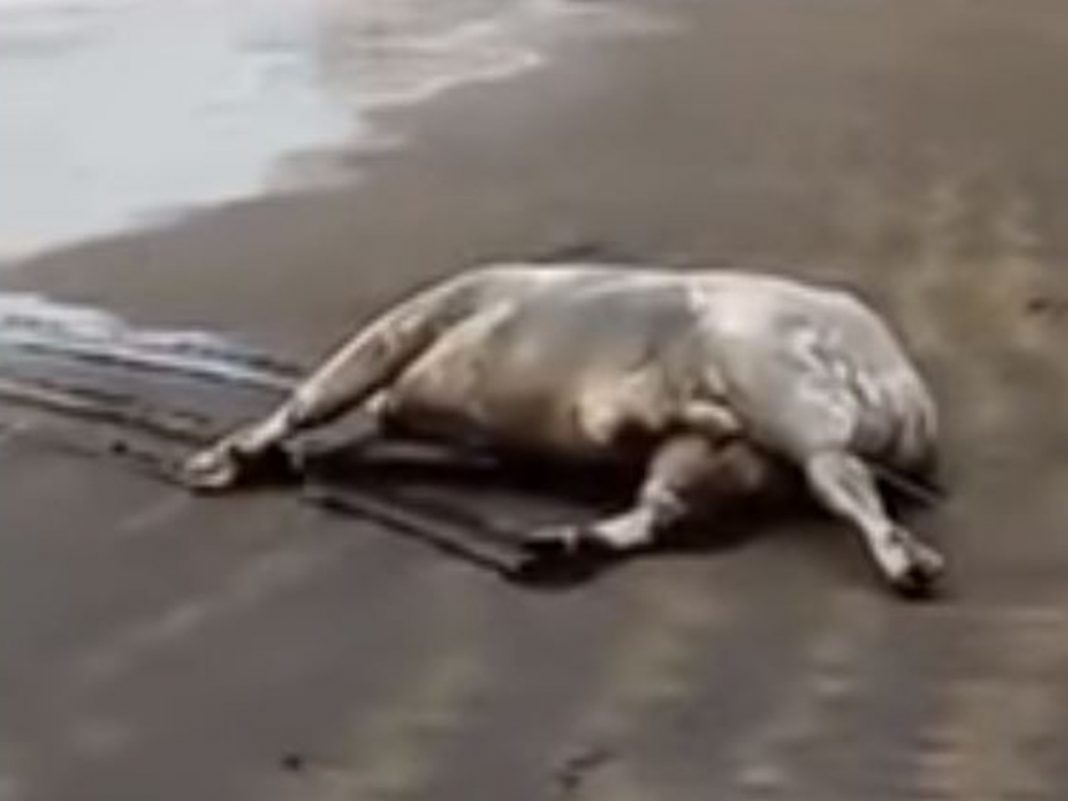 At least three dead cows have washed up on beaches in the Canary Islands over the last week.

The latest one was found near El Medano on the island of Tenerife, while another washed up near Granadilla de Abona. A third was discovered by fishermen at sea.

A man was filmed as he pulled the decomposing remains onto the beach with the aid of a jet ski rider.

The carcass was picked up by council workers and taken to a landfill site.

The bovine bodies come from ships transporting cattle from South America which throw the corpses of animals overboard if they die during transit.

The cadavers may have been thrown from the Polaris 2, a cattle ship operating under a Panamanian flag, local media reported, although The Independent could not independently verify this.

Known as a “stink boat”, the ship regularly transports livestock from South America to Europe or North Africa.

It left Rio Grande in Argentina on 22 March and is due to pass the Canary Islands before it arrives at the Port of Ceuta on 4 April, according to the SE12 Canarias news channel.

The Canary Islands’ Ministry of Agriculture said the three dead cows “come with all certainty from one of these boats that transport the herds of cattle from the American continent, animals that in all probability died on board and were thrown into the sea”.

Such a move “is prohibited by international law”, the general director of livestock, David de Vera told the radio station.

He said the international protocol was for animals that die during crossings to “be treated like any other waste” and incinerated on board or disposed of once the ship reaches port.

In 2016, the Polaris 2 had to request to dock in the Port of Santa Cruz de Tenerife after it ran out of food for the animals.

A veterinary inspection also forced the slaughter of 300 cattle.

At The Independent, no one tells us what to write. That’s why, in an era of political lies and Brexit bias, more readers are turning to an independent source. Subscribe from just 15p a day for extra exclusives, events and ebooks – all with no ads.