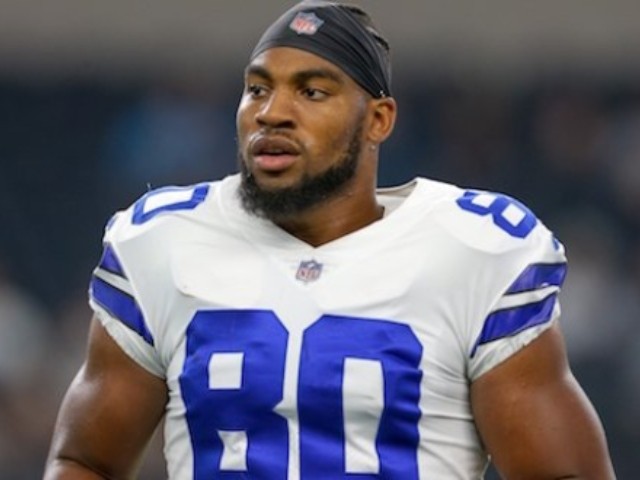 Video of Dallas Cowboys tight end Rico Gathers being arrested for smoking pot in Frisco, Texas, has been released.

The police bodycam video, recorded last August, shows officers asking the NFL player and a female companion about what they were smoking as they sat on a bench in a city park, TMZ reported.

As police calmly ask the pair about the marijuana, Gathers eventually admits that it was his weed.

At that point, the player is placed under arrest with one officer saying, “There’s like no tolerance for that stuff here, okay?”

Gathers replies, “I play for the Cowboys … I really don’t need this right now.”

“I know y’all don’t want to see a grown man cry, but like, literally, this is too much. The media,” Gathers adds, “this is a lesson for me in general.”

Gathers was charged with possession of pot, a Class B misdemeanor.

The player finally reached a deal with prosecutors in March to have the charge dropped in exchange for staying out of trouble for 90 days. Gathers also paid court costs and fines.

Gathers, a 6-foot-6, 282-pound tight end, played in 15 games and two playoff games last season. He caught three passes for 45 yards and showed some value as a blocker.