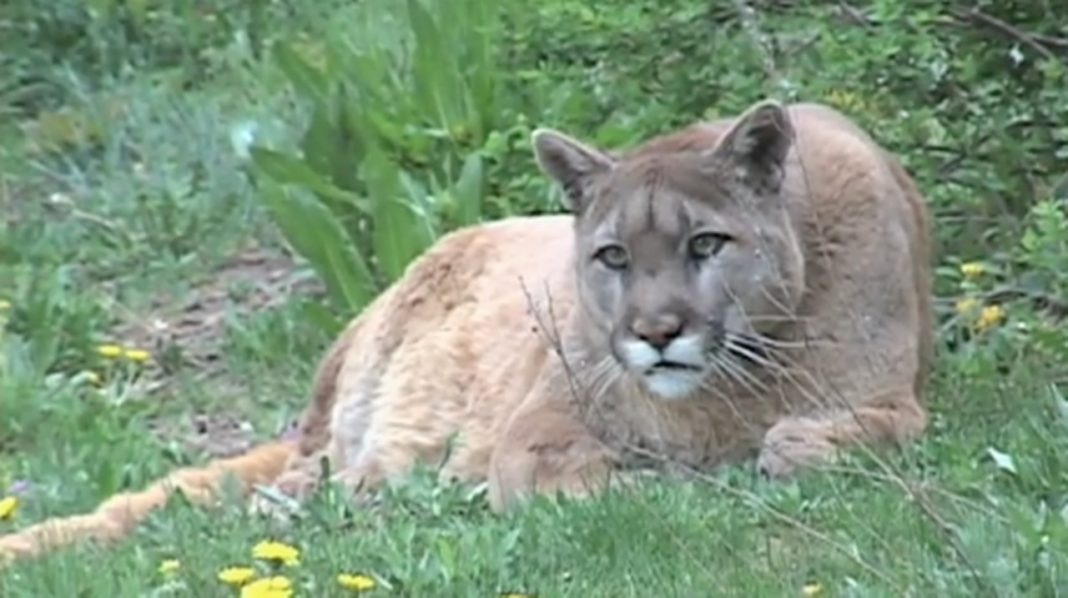 When mom Chelsea Bromley went to check on a ruckus in the yard where her 7-year-old son Zack had gone to play Friday afternoon, she discovered a young mountain lion had pinned the boy to the ground with its jaws clamped on his arm, Global News reported.

“She jumped on top of this thing, but it just wouldn’t let go of Zack’s forearm, so she then had to pry this cougar’s jaw open,” said dad Kevin Bromley, according to the publication. “She told me she couldn’t do it for two or three seconds, but then she screamed ‘help’ and it just let go and ran off. And there was blood everywhere.”

A helicopter airlifted Zack to a hospital, where he received stitches for bite wounds on his arms and head, CBC News reported.

Kevin Bromley said he “started bawling” as soon as he saw his “stoic” son in the hospital, Global News reported

Ben York, a British Columbia conservation inspector, confirmed Chelsea Bromley had wrestled the mountain lion off her son, The Globe and Mail reported. That left some “minor bite marks on her hand,” York said.

“The cougars were both very emaciated, very skinny and in very poor overall condition, very light for their size,” York said, according to The Vancouver Courier.

“We don’t know what might have caused that,” York said, adding that a necropsy will be conducted to determine whether the mountain lions had suffered from disease or injury, according to the publication.

He speculated the mountain lions might have been orphaned and left to fend for themselves, The Vancouver Courier reported.

While some reports said both mountain lions had attacked Zack, Kevin Bromley said his young daughter had reported seeing the second nearby during the attack, Global News reported.

Mountain lion sightings are not unusual on the island, CBC News reported.