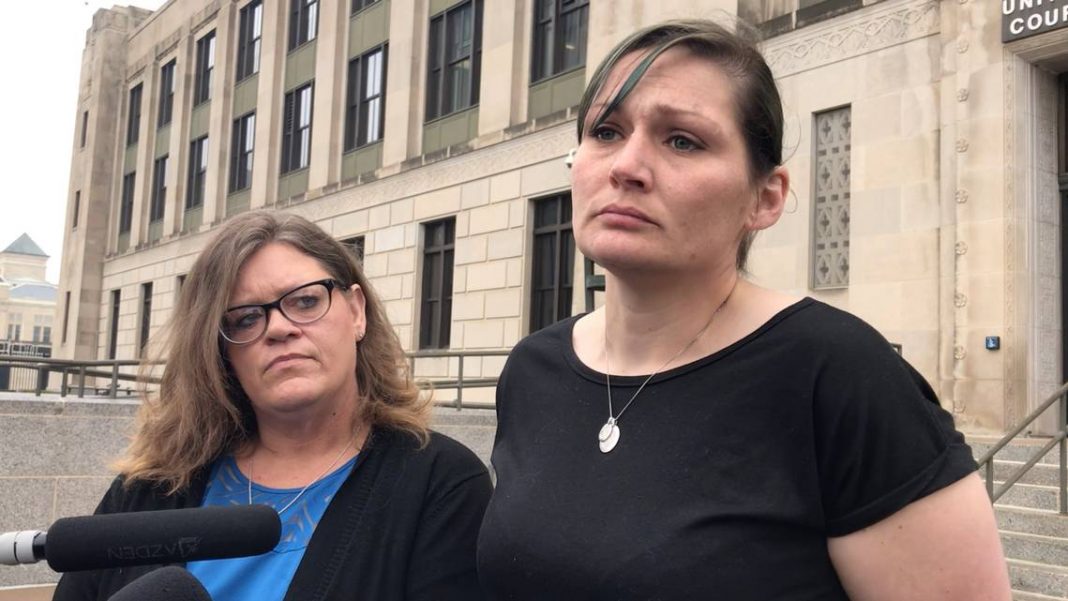 Tyler Barriss — who made the hoax emergency call that ended in the police shooting death of 28-year-old Andrew Finch in 2017, the nation’s first fatal swatting — on Friday received a 20-year prison sentence for a host of swattings and fake bomb threats he made to schools, government buildings and businesses across the country and in Canada.

U.S. Attorney Stephen McAllister said the 20-year term is thought to be the longest every given in a swatting or hoax-call case.

Finch’s sister, Dominica Finch, told reporters after U.S. District Judge Eric Melgren handed down the 240-month punishment in the federal cases that Barriss got the sentence he deserved.

“It’s heartbreaking. What he did was horrible. But he’s at where he’s at now,” Dominica Finch said.

She said the Finch family is now focused on holding the City of Wichita and the Wichita Police Department accountable for her brother’s death through a civil lawsuit. Marc Bennett, the district attorney, last spring announced that Officer Justin Rapp would not be criminally charged for firing the shot that killed Finch on Dec. 28, 2017.

Her niece, 18-year-old Adelina Finch, fatally shot herself in January, just more than a year after she witnessed her uncle’s death.

Adelina’s boyfriend, 20-year-old Jeremy “J.C.” Arnold, who found her in the south Wichita apartment they shared, also has died in an apparent suicide.

Police discovered his body in the apartment Tuesday night with what appeared to be “a self-inflicted gunshot wound,” Wichita police Officer Charley Davidson said by e-mail.

“There are no words to express the toll that it’s taken,” Dominica Finch said, referring to the swatting as she sobbed outside of the federal courthouse in downtown Wichita. She was present for Barriss’s sentencing but did not give a statement to the court.

“The involvement of my niece and how she was treated that night (Andrew Finch died) has taken her life,” she said. “The reaction to that has taken the life of another young man.”

Barriss in court apologized to Finch’s family, saying if he hadn’t made the hoax call “Andrew Finch never would have lost his life.” He said he takes “full responsibility” and now realizes he “was toying” with authorities when he made fake emergency reports.

Barriss could have received up to 25 years in prison under his plea deal. But prosecutors agreed not to push for that term since Barriss wrote apology letters to law enforcement and Finch’s family.

Barriss’s federal public defender, Rich Federico, in arguing for the 20-year sentence, told the court Barriss sought solace and notoriety on the internet— especially in the online gaming world — because he’s essentially alone. His father died when Barriss was a toddler and his mother abandoned him. And the grandmother who raised him “wants nothing to do” with him, Federico said.

The grandmother obtained a restraining order against Barriss after he threatened to kill her if she reported him for phoning in a bomb threat to a Glendale, Calif., TV station in 2015, The Eagle previously reported.

“As he sits here before the court, he literally has nothing left,” Federico said. The only place Barriss felt like his life had value was online, he said.

Melgren said that while Barriss’s personal circumstances moved him, they did not influence his sentencing decision.

“Andrew Finch was a completely innocent victim,” the judge said. Barriss, he said, “should have anticipated that someone would get hurt by what he did … (but) the fact that someone died was not only beyond his intention but beyond his comprehension.”

Barriss, 26, pleaded guilty to 51 federal charges in November. The counts include charges from three federal districts — in Kansas, Washington D.C. and Central California — for crimes spanning the country including bomb threats at the Federal Communication Commission’s and FBI’s headquarters. Prosecutors last year agreed that all would be adjudicated in Kansas, where Barriss has been incarcerated since shortly after his South Los Angeles arrest the day after Finch died.

Barriss called Wichita City Hall from California on Dec. 28, 2017, saying he’d shot his father in the head and was holding two family members hostage in a closet at 1033 W. McCormick and was considering setting the house on fire. Police descended on the home not knowing the call was fake.

Rapp shot Finch with a rifle from his post across the street after Finch stepped out on his porch to see why there were police lights outside of his home. Police claim Finch didn’t comply with commands to keep his hands up.

Finch’s family says Finch posed no threat, was unarmed and had no clue what was going on.

Barriss made the fake report after one of two online gamers fighting over a Call of Duty wager worth $1.50 contacted him and requested the swatting. The location Barriss was told to swat, 1033 W. McCormick, was an old address of one of the gamers.

The gamers — 19-year-old Casey Viner of Ohio and 20-year-old Shane Gaskill of Wichita — are each facing federal charges for their roles in the swatting call. Viner is expected to plead guilty in his case next week. Gaskill is still awaiting trial.

But in a joint news conference with McAllister on Friday, Bennett announced that he was dismissing the case.

Bennett said his office figured Barriss would face around 10 years in prison, if convicted, because he has a criminal history in California.

But a recent court decision changed how his past convictions would play into any sentence Barriss might receive in the involuntary manslaughter case, he said — and cut Barriss’s anticipated prison term by more than half.

Bennett said his willingness to drop the state court charges influenced Barriss’s decision to plead guilty to the federal counts.

He also said he hopes Barriss’s sentence ends swatting within the online gaming community, as well as brings “peace to the Finch family and some closure to the Wichita community.”