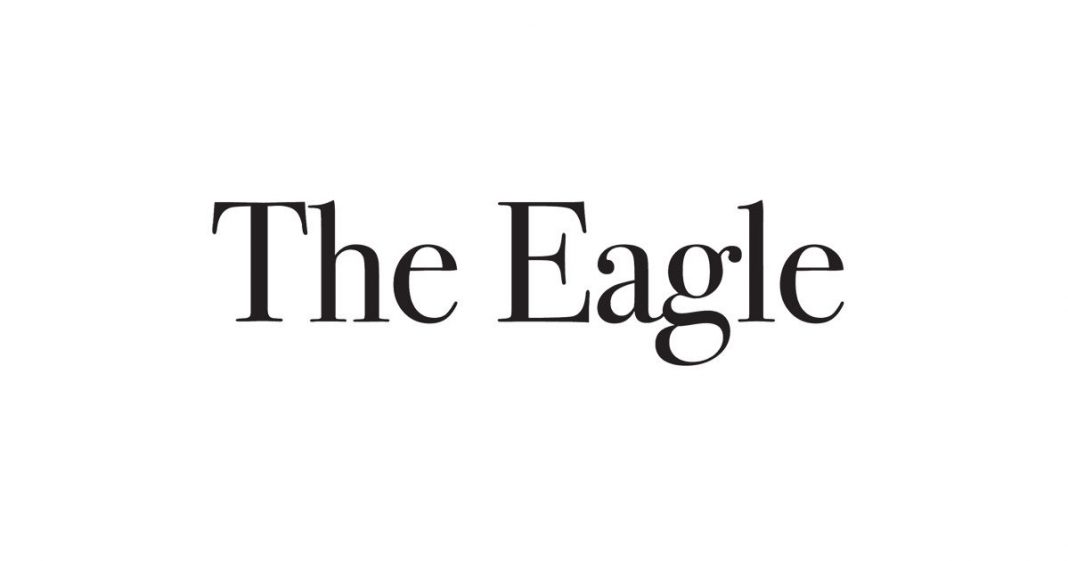 Samira Damavandi knows that when she fills out her 2020 census form, she will be counted. But it pains her that, in some way, she will also be forgotten.

When asked to mark her race, Damavandi will encounter options for white, black, Asian, American Indian and Native Hawaiian — but nothing that she believes represents her family’s Iranian heritage. She will either have to choose white, or identify as “some other race.”

“It erases the community,” she said.

Roughly 3 million people of Southwest Asian, Middle Eastern or North African descent live in the United States, according to a Los Angeles Times analysis of U.S. Census Bureau data. No other county has more of these communities than Los Angeles, where more than 350,000 people can trace their roots to a region that stretches from Mauritania to the mountains of Afghanistan.

In past census surveys, more than 80 percent in this group have called themselves white, The Times analysis found.

Arab and Iranian communities for years have lobbied the bureau to create a separate category for people of Middle Eastern or North African descent.

Over the last decade, it seemed the tide would turn — the Obama administration was considering proposals to ask questions about race and ethnicity in a different way, shifting not only how the government would count the Middle Eastern community, but also the Latino population.

In 2018, however, the bureau announced that it would not include a “MENA” category. Instead, the next survey will ask participants who check “white” or “black” to write in their “origins” for the first time. Lebanese and Egyptian are among the suggestions under white.

For many, a write-in doesn’t go far enough because they identify as people of color. The bureau’s move was seen as a blow to a group already grappling with feelings of invisibility. Advocates say the category goes beyond issues of self-identity and has real-life implications for Arab and Middle Eastern communities, including the allocation of local resources.

“We are our own community,” said Rashad Al-Dabbagh, executive director of the Arab American Civic Council in Anaheim. “It’s as if we don’t count.”

At stake in the decennial count is nearly $800 billion in federal money and the number of seats each state receives in the U.S. House of Representatives. Many of the services people rely on are tied to funds and programs determined by the census.

In addition to those resources, advocates argue, the “white” label could hurt universities and companies that use the information to promote diversity and could result in the gathering of little or no statistical data on important issues, such as health trends in the community.

Maya Berry, executive director of the Arab American Institute, said this lack of representation has “deprived our community of access to basic services and rights,” such as language assistance at polling places and educational grants.

“I think it’s a big disappointment to people because there was a real effort made from the last census to create that category,” said Persis Karim, director of the Center for Iranian Diaspora Studies at San Francisco State University. “It’s another erasure of both Middle Eastern and North African people.”

In 2015, the census bureau tested creating new categories — including MENA. Government research showed that Middle Eastern and North African people would check the MENA box if given the option. Without it, they would choose white or “some other race.”

“The results of this research indicate that it is optimal to use a dedicated ‘Middle Eastern or North African’ response category,” a 2017 census report said.

Still, census officials have said they need more research before committing to a change, citing feedback suggesting MENA should be treated as an option for ethnicity, not race — something the bureau has not researched.

Sarah Shabbar grew up in Santa Barbara feeling underrepresented. In school, she was counted among the white students and wondered why she had to “conform to something I don’t agree with.”

“It was such a weird thing to grow up and be told, ‘You should be proud to be Jordanian. You should be proud of where you come from,’” said Shabbar, now a graduate student at California State University, Northridge. “None of these forms are allowing me to feel proud of it, because I’m just white according to them.”

Her parents would tell her to choose “white” if that’s how Middle Eastern people were classified by the government, she said. There wasn’t a discussion about identity, or what it would mean to properly classify the community.

“It’s like, khalas, just put it,” said Shabbar, using the Arabic word for “enough.” “For them it doesn’t matter. Until you apply for college … then it’s like, there’s no money for Arabs?”

Damavandi was in the second grade at the time of the Sept. 11, 2001, terrorist attacks. That was when it became obvious that she wasn’t white, she said. She was bullied because of her background.

“When they’re saying, ‘Go home, terrorist,’ or those types of slurs, it’s quite obvious I’m ‘othered,’” Damavandi, 25, said. “If I’m white, then why is it that my community is completely considered different?”

Her parents, like many older Iranian Americans, saw it differently. She was raised in a home that believed Iranians were white, she said.

A Times analysis found that more than 80 percent of individuals of Southwest Asian, Middle Eastern or North African descent called themselves white in past census surveys.

Experts say that generational divide is a common split within the Middle Eastern and North African community. For some, it stems from the notion of being from the Caucasus region — and therefore, literally Caucasian — and for others, identifying as white became a means of survival in a new country.

“Our parents came as immigrants and worked with this idea of aspirational whiteness, that if you work hard and put your head down you’ll be successful,” said Khaled Beydoun, who teaches law at the University of Arkansas. “But for young people, with 9/11 and now with Trump, whiteness means something specific.”

The generational schism has narrowed for some after President Donald Trump’s inauguration, said Neda Maghbouleh, author of “The Limits of Whiteness: Iranian Americans and the Everyday Politics of Race.”

When her book came out in 2017, older Iranians would tell her they did not agree with — or understand the need for — her exploration of Iranians’ complicated relationship with whiteness.

“Now they tell me, ‘After the travel ban, I see the country doesn’t see me as white,’” she said. “It was a tremendous surprise to me.”

Some worry that in the current political climate, it may be dangerous to create a separate category.

Beydoun, who is Egyptian and Lebanese, was on a committee of field experts that provided the Census Bureau with feedback on the idea of a MENA box on the 2020 census.

He supported adding the classification, he said, but also worried that the information could be used to track where Arabs or Iranians live or be used against the community “during times of crisis.”

Before the 2010 census, the Arab and Iranian communities in Southern California teamed up to spread a message: “Check it right, you ain’t white!”

The tongue-in-cheek campaign encouraged people to choose “some other race” and sought to combat the notion that Arabs and Iranians are white — an idea that experts say has roots in a legal battle from the early 1900s. Arab immigrants from modern-day Syria and Lebanon, who were considered Asian, successfully fought to be classified as white and thus eligible for citizenship.

That classification was cemented in the late 1970s when the Office of Management and Budget listed all Middle Easterners as white.

“In the Arab community, there are varying degrees of assimilation,” said Omar Masry, who was part of the 2010 census movement. “They are categorized as white, but they aren’t treated the same as the white guy in front of them in line when they are in an immigration line coming back from a trip.”

Some feel the census should follow the University of California’s example.

Nearly a decade ago, students successfully pushed for UC to add a Middle Eastern category on undergraduate admissions applications. In 2013, the University of California became one of the first in the country to track data from students in a new category — “Southwest Asian/North African,” or SWANA — that included people of both Middle Eastern and North African descent. More than 10,000 freshmen applicants checked the box last year, nearly 5 percent of the total.

Students said they lobbied for the change on UC admissions applications because they felt “the Middle Eastern community has formed into an ‘invisible’ minority.” They settled on the term SWANA because they believed the term Middle Eastern was “problematic” because of its “colonial and Orientalist origins,” according to the resolution.

The category also expands on the census’ 2015 definition of who would be considered Middle Eastern by including Armenians and Afghans, among others.

For David Shams, the census question codifies a feeling he’s known all his life: a sense of straddling two worlds, both fully American and intensely proud of his Iranian heritage.

“It makes me feel unheard,” he said, “like I’m shouting into this void saying that we’re not white and no one is listening.”

Shams Told remembers a conversation he had with an administrator about the lack of inclusion of Middle Easterners in diversity scholarships when he was a student at Murray State University in Kentucky. The school official told him that Iranians weren’t considered for diversity scholarships because they were white, and minorities needed help more than “you all do.” All the talk did was push “the misconception that we’re white,” Shams said.

“Having the federal government label us as white, while our social status is anything but, further stigmatizes our position in society,” Shams said. “We have no recourse. We have no way to talk about diversity or discrimination because if we’re white, we can’t be discriminated against based on race. And so we’re left in this gray area.”

Although his mother is white, he said he considers himself a person of color “because that’s how society looks at us.”

That wasn’t a topic Shams had discussed with his father until two years ago.

The two were sitting at a beer garden in Washington during the Persian New Year when they started discussing Trump’s administration and the rise of white nationalism. The elder Shams emigrated from Iran in 1964, more than a decade before the Islamic Revolution.

“Stand up on this bench right here and say that,” Shams said. “Nobody in this bar would agree with you.”