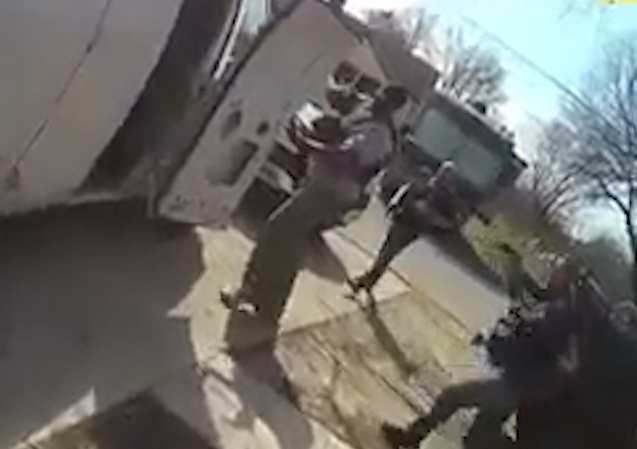 Louisville police have released body cam video showing a man tried to run over four officers with a stolen van, while the officers fired their guns at him.

According to the Courier-Journal, police were trying to arrest Allen because he was wanted on multiple felony warrants.

Allen first hid in the back of the van before jumping to the front seat and tried to drive off.

While he was trying to escape Allen tried to run over the four officers.

One of the officers did strike Allen with a bullet.

Allen then drove off to an empty house and holed up inside as SWAT surrounded the building.

It led to a nine-hour standoff before Allen gave up.

He was treated for a non-life threatening bullet wound.

All of this happened Saturday.