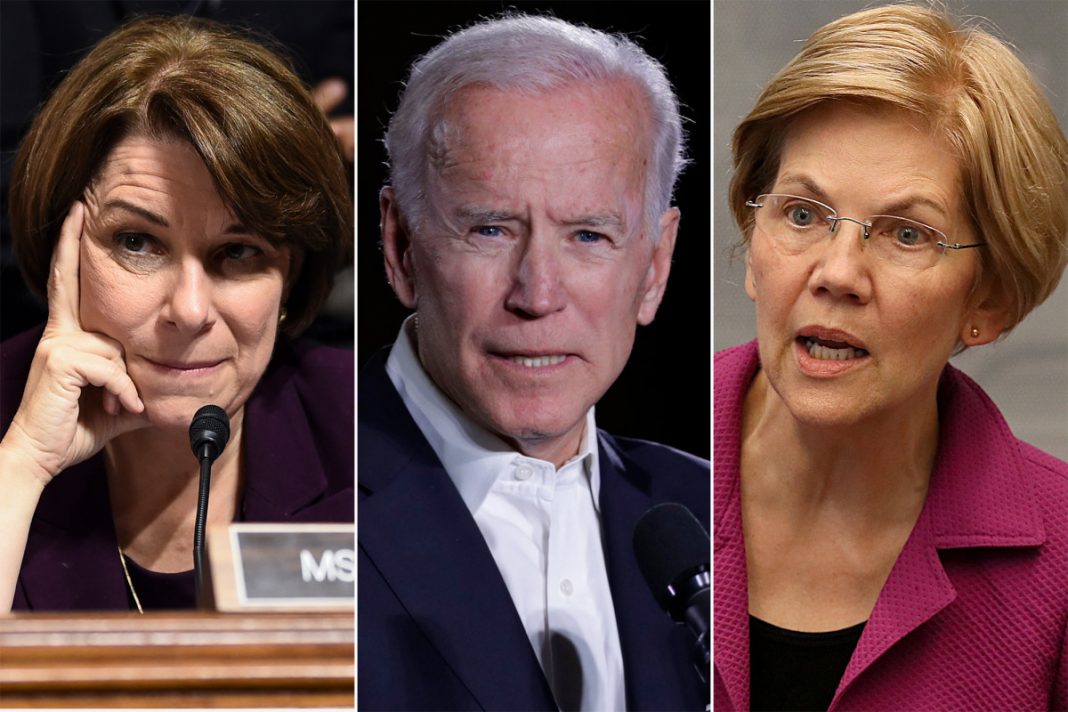 Former Vice President Joe Biden got little help from his likely opponents in the 2020 Democratic presidential race as questions mounted over his behavior with a female former Nevada lawmaker on the campaign trail.

The pol, Lucy Flores, alleged that Biden — then President Barack Obama’s number two — inappropriately touched her at an event during her failed 2014 bid for statewide office.

“That’s a decision for the vice president to make,” Sen. Bernie Sanders said on CBS’ “Face the Nation” when asked if the allegation disqualifies Biden. “I’m not sure that one incident alone disqualifies anybody.”

One of the leading women in the Dem race, Sen. Elizabeth Warren, came down on the other side.

“I read the op-ed last night,” Warren said in Iowa on Saturday. “I believe Lucy Flores. And Joe Biden needs to give an answer.”

“Certainly, I think it’s very disconcerting and I think that women have to be heard and we should start by believing them,” Hickenlooper said on NBC’s “Meet the Press.”

US Sen. Amy Klobuchar echoed Warren in an appearance on ABC’s “This Week” on Sunday and said she has “no reason not to believe” Flores.

“I think we know from campaigns and politics that people raise issues and they have to address them, and that’s what he will have to do with the voters if he gets into the race,” she added.

Klobuchar’s campaign was rocked during its early days by tales that she has a history of bullying her staff.

The allegations of vice presidential misbehavior first came to light when Flores, a former Nevada assemblywoman, recounted her experience with Biden before a 2014 campaign event in a first-person story published by New York Magazine.

Biden, who is still weighing entering the 2020 race, denied any wrongdoing in a statement.

“Neither then, nor in the years since, did he or the staff with him at the time have an inkling that Ms. Flores had been at any time uncomfortable, nor do they recall what she describes,” spokesman Bill Russo said.