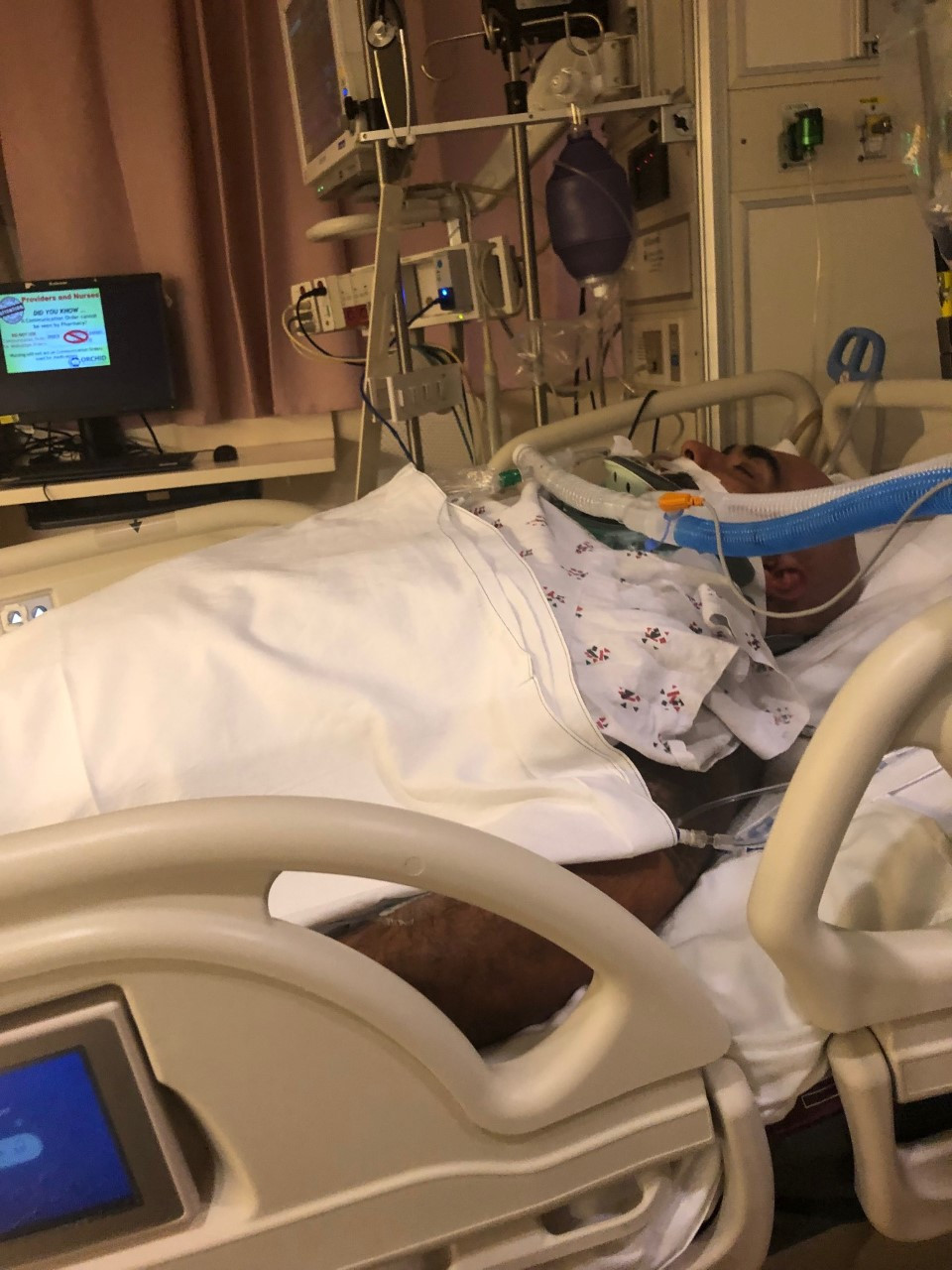 The suspect reportedly confronted Reyna as he walked to his car after Friday night’s extra innings game against the Arizona Diamondbacks. Reyna was on the phone with his wife, Christel, when the attack happened. She told CBSLA in an emotional interview that she could hear someone yelling at her husband, and then heard a loud thump. She remained on the phone as strangers tended to her husband.

The father of four was taken to County USC Medical Center where he was placed on life support, according to his wife.

Rafael Reyna remains in a medically induced coma after being hit in the Dodger Stadium parking lot. (credit: Christel Reyna/UGC/CBSLA)

“It’s very unfortunate that it did happen here and I feel for the family,” said Anna Galvin, a season ticket holder.

Now Dodgers fans are wondering what the team is doing to make sure they’re safe, especially after night games.

“I just feel sorry for him and his family. They need to do something better for security for reasons for people who come out to watch the game,” says Manuel Cruz, a fan who attended Sunday’s game.

Christel Reyna is also left with many unanswered questions.

“We’re a huge Dodger fan family and this is how they treat their fans?” she said through tears.

The Dodgers haven’t said much about the attack only acknowledging that a fight broke out in the parking lot and EMTs were promptly dispatched. The LAPD says security has not been increased at the ballpark since the attack.

A GoFundMe page has been created by his wife to help with medical expenses and she asks anyone with information on the attack to share what they know.