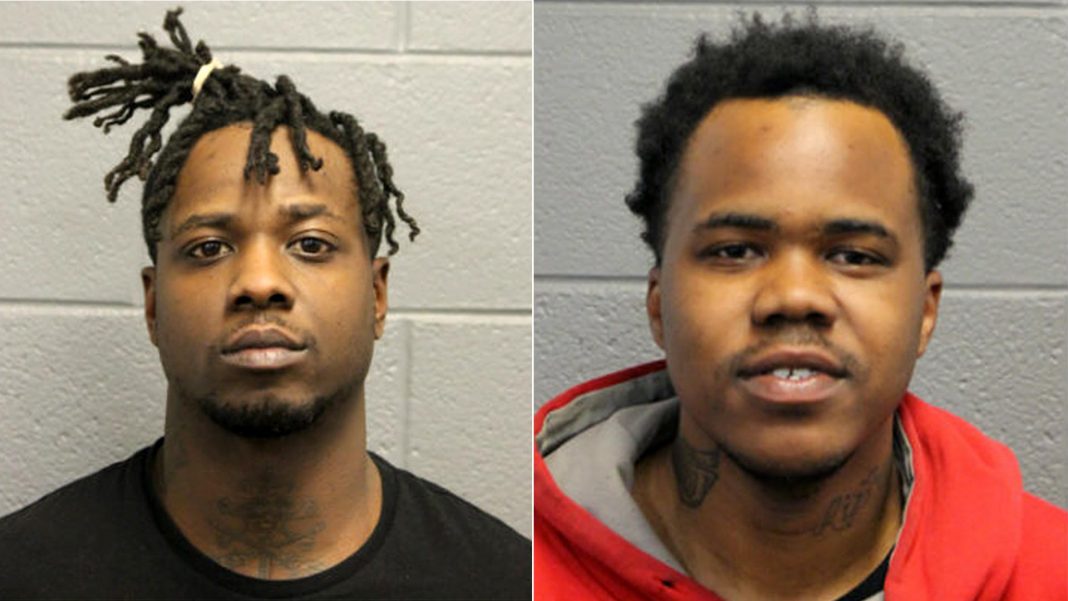 Two West Side men who escaped police earlier this month when a group threatened to harm the officer arresting one of them, are in custody and facing felony charges, Chicago police said.

Robert Gates, 31, and Anthony James, 30, were each arrested Wednesday on the West Side in connection with the March 17 incident.

Gates, of the 4700 block of West Adams Street, was charged with two felony counts of aggravated battery to a police officer and one count of escape from a police officer. He was ordered held on $100,000 bail Thursday.

James, of the 5300 block of West Monroe Street, was charged with two felony counts of aggravated assault of a police officer, a felony count of escape and two misdemeanor counts of resisting arrest, and he was ordered held on $10,000 bail.

In court before Judge Sophia Atcherson, James shook his head as if to say no and smiled as prosecutors laid out the details of him allegedly taunting officers as they tried to arrest Gates during a tense situation in the city’s West Garfield Park neighborhood earlier this month.

The incident began with two officers watching a van make a turn without signaling in the 4700 block of West Gladys Avenue. Gates exited the passenger side with suspected drugs around 2:10 p.m., authorities said.

Gates tossed the drugs underneath a vehicle and began “flailing” his arms around to stop the arrest, and kicked and hit arresting officers, prosecutors said.

At that point, James began “taunting” police, calling them names and saying, “go ahead and shoot,” prosecutors said.

A crowd gathered, and one of the officers was surrounded. During the altercation, a shot was fired, authorities said. The officer attempting to make the arrest backed away for his safety, police said, and Gates and James ran away. James was on parole for felony drug convictions at the time of his arrest, according to state records.

Gates turned himself in Wednesday night. His mother and two other people were in court supporting him. Irv Miller, his attorney, told the judge Gates’ family could come up with $2,000 for bond, but the judge said that was “not sufficient” under the circumstances.

James is unemployed, has his GED and is a lifelong resident of Chicago, a public defender said.

Before setting the much lower bond for James, the judge said James’ “actions and statements’’ made officers “in apprehension of receiving a battery.’’

Just after the incident, a police spokesman supported the officers’ actions, saying the situation could have quickly spiraled and put lives at risk.

“It was a situation where (the officer) didn’t want to escalate what could have been a very volatile situation with a group of people,” police spokesman Anthony Guglielmi said.